Me My history and and what I do

My name is Crille Lampa and I spend my time watching ice hockey down to the details, playing Football Manager 2016 until my eyes bleed and working those wireframes and pixels.

I live and work mainly from Uppsala just outside of Stockholm, but I try to travel and freelance where I don’t need a polar bear fur just to stay warm. I’m just too damn tired of these cold winters. Call me what you want, UX, UI, creative director, product designer or just Crille Lampa. I innovate digital solutions.

Ok, so here’s the story… After some working and playing around within the graphic business I started the education Interactive Art Director at Hyper Island in Stockholm and soon I was headhunted by Goodby, Silverstein and Partners. Thanks Zach! After Hyper Island and GSP I chose a small web-hybrid agency, Wisely. Started as some kind of Lead Creative/CD and was responsible for ideas and the concepts.

Remember, we hired you for your talent. And your beard.
– The ECDs at Wieden+Kennedy

Wieden+Kennedy in London contacted me, I left for London after only seven months at Wisely. It all started out fine, all honor to WK, but some personal matters came in between and I had to resign from WK after just three months.

I moved back and got the chance to start all over at Wisely. Good times. But every story has its end. After 2,5 years at Wisely (in total) I needed something new.

Early 2014 I got in contact with Ngenic, a very interesting startup, and I soon after became their Head of Design. After two years at Ngenic I felt I needed a change. A startup is a startup, in many ways. I am now back to freelancing my days away.

I agree, it’s boring as hell to watch a bunch of logos. But it is good to understand in which environment I have worked and that I’ve been challenged with all kinds of briefs, budgets and clients. 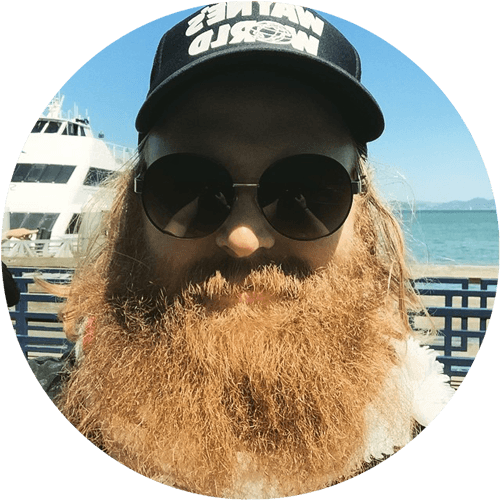 Here is the short version of my resume

Longer version of my resume at linkedin or zerply.